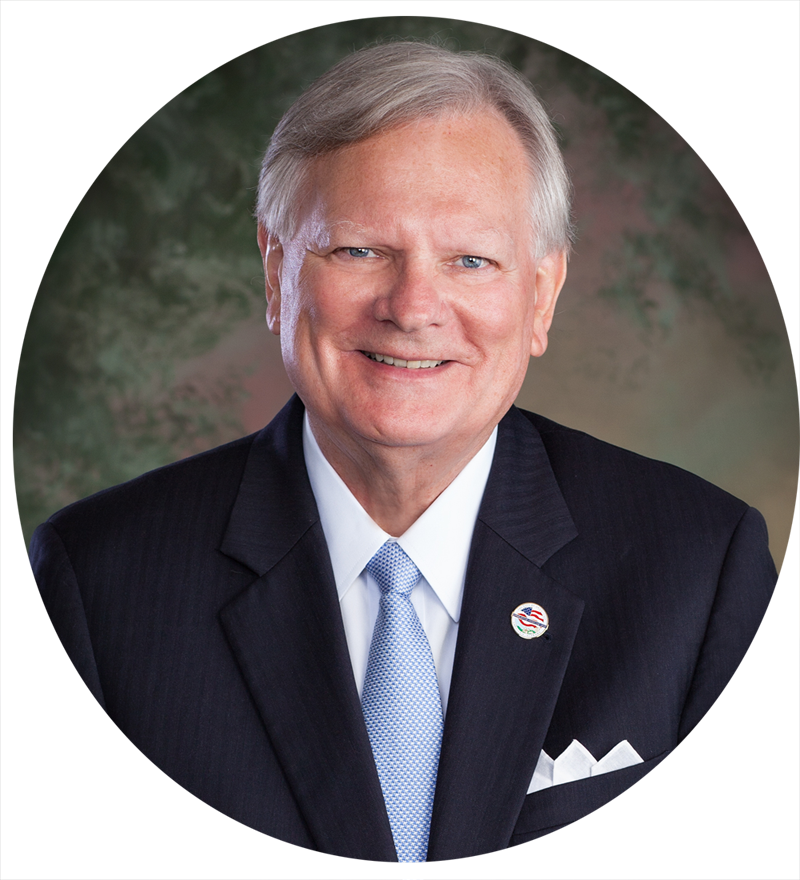 Mayor Johnson attended public schools in Andalusia where he graduated from Andalusia High School in 1965.

He later attended Auburn University and Troy University where he graduated in 1970 with a Bachelor of Science in economics and business administration.

After graduation from Troy University, Mayor Johnson married the former Sylvia Crook of Decatur, Georgia.  Sylvia graduated from Georgia State University in 1970 with a Bachelor of Science degree in elementary education.  Both Mayor and Mrs. Johnson taught school for one year in Andalusia before moving to Birmingham where he attended Cumberland School of Law at Samford University, where he received his Doctor of Jurisprudence degree in 1974.

While in law school, he was named to the Dean’s list and was twice awarded the Am Jur Book Award. Mayor Johnson was admitted to the Alabama State Bar in November 1974, was also admitted to practice before numerous federal trial and appellate courts and has been continuously engaged in private practice in Andalusia since 1974. Mayor Johnson served two terms as the commissioner on the Alabama State Bar Board of Commissioners.

Mayor and Mrs. Johnson are members of St. Mary’s Episcopal Church of Andalusia and are the proud parents of two daughters, Laura Elizabeth and Kimberly Anne, and grandparents of three granddaughters and one grandson.

His professional, civic and business involvements include:

His professional, civic and business involvements include: