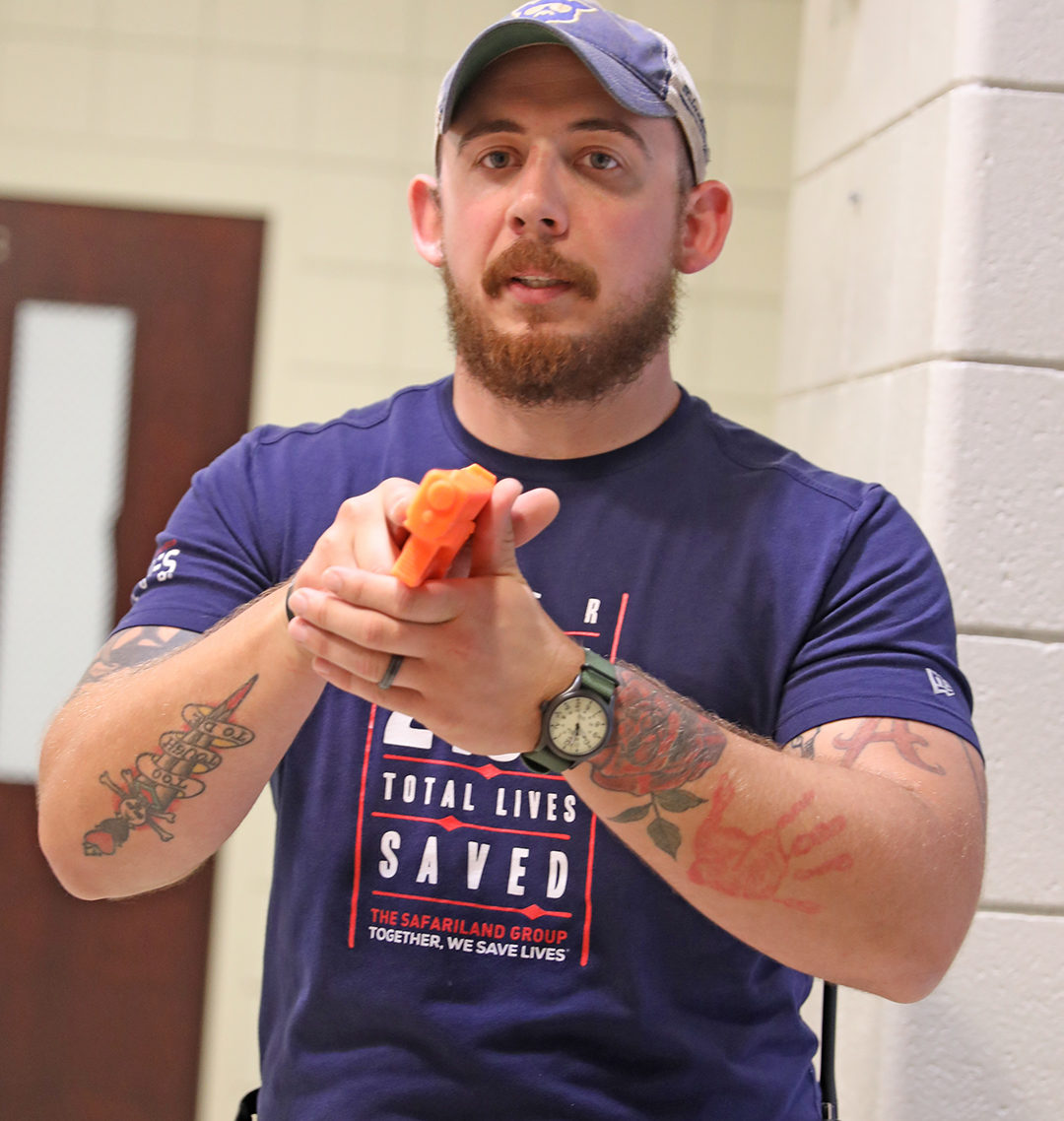 ALERRT, or Advanced Law Enforcement Rapid Response Training, was developed by Texas State University in 2002 as a partnership between Texas State University, the San Marcos, Texas, Police Department and the Hays County, Texas, Sheriff’s Office to address the need for active shooter response training for first responders.  In 2013, the FBI named ALERRT at Texas State the national standard for active shooter response training. Utilizing the train-the-trainer model, the ALERRT curriculum has been adopted by numerous states and agencies as their standard active shooter training.

“With the situations we’ve seen of active shooters and mass shooters, we want to make sure we get our officers trained, “ Hudson said. “Everybody is trained in this when they go to the Police Academy. This serves as a refresher. We hope we never deal with this kind of situation, but we know that the more we practice, the better chance we have of handling a bad situation as efficiently as possible.”

Hudson explained that with ALERRT, officers train with simulated weapons that only shoot soap bullets.

“The (simulated weapons) feel like the weapons officers carry,” Hudson said. “The soap ammunition leaves a mark that washes out.”

Opp Police Chief Kevin Chance and Lt. Josh Hudson assisted with Tuesday’s training in Andalusia. Chief Paul Hudson said the APD has offered to work with the Opp Police Department and the Covington County Sherriff’s Office on the training, and also is available to work with other departments.  Chief Hudson expressed his appreciation to Chief Chance for allowing Lt. Hudson to assist with the training.

It’s important, he said, for all area departments to participate in the training so that in the event of a large emergency, all responding officers would be similarly trained.